The development of CI pipe and the gradual reduction in its cost, together with the improved pumps, made it possible for many municipalities to deliver water to residences (McGhee 1991). This led to the extensive use of CI from the end of the last century until the late 1960s. The first CI pipes were manufactured using the pit casting method, while later on this process was replaced by centrifugal casting technology.

Owners need to assess the remaining life of their CI pipe assets to properly plan renewal programs. A variety of field-based condition assessment approaches are utilized to allow pipe owners to understand the condition state of their CI pipe inventory. Although inspecting CI pipeline is an important aspect of the pipeline asset management strategy, it only provides information about a specific pipe segment at a particular point in time. Therefore, it is necessary to combine a prediction model with field results to allow an economic analysis and development of a pipe renewal program.

Rajani et al. (1999) proposed that the service life of a pipe segment is a function of the deterioration rate and replacement costs and suggested that pipe failure coincides with the optimal replacement time. Furthermore, the time of pipe infinite failure was defined as the time when the pipe mechanical factor of safety (FOS) is less or equals 1.0 (Rajani et al., 2000). Once the FOS reaches 1.0, failure will occur, and the pipe is considered to have reached the end of its economic life.

In order to understand in-service failures, it is necessary to have knowledge of the pipe stresses and any degradation of mechanical performance with time. Regardless of the source of the loading for failure to occur, the stress level must exceed the strength of the pipe material. The relationship between the failure load of CI and its in-service condition has been studied by many researchers.

Rajani et al. (2000) studied the influence of corrosion pits on the structural resistance capacity of grey cast iron and proposed an empirical relationship between pit dimension and residual tensile strength. The empirical relationship was based on the Paris fracture mechanics law that relates stress, defect size, and geometry through stress intensity or toughness of the material.

Although a pipe may experience several failures during its lifespan due to fluctuating loads imposed on the pipe that exceed the residual pipe strength (i.e., internal transient pressure), the remaining economic life is only defined when the FOS reaches 1.0. A pipe with FOS above 1.0 may also experience failures before reaching its end of economic life.

If the pipe is exposed to cyclic pressure changes, it will reach its economic end of life sooner than expected since cracks propagate expediently under these conditions. Ahammed and Melchers (1994) showed that for a uniformly loaded pipe supported along its length, the governing stresses for failure are in the circumferential direction (hoop stresses).

Based on this assumption, the economic end of life would be determined once the pipe strength cannot resist the hoop stresses developed by vertical, frost and internal pressures. Since internal pressure can fluctuate along the pipe lifespan, it is assumed that the remaining economic life corresponds to the original pressure rating.

This approach aligns with asset value depreciation with time, as an asset may lose its economic value but still operate below strength capacity. Once the FOS reaches 1.0, based on stresses that include fluctuations between working pressure and transient pressure, the pipe is at the end of its service life and can no longer stay in service.

As mentioned earlier, the ability of pit CI to withstand in-service loading conditions is reduced by external surface corrosion that can occur in an aggressive soil environment. The end of economic life criterion for buried pit CI can be defined when the residual FOS reaches 1.0. To estimate hoop stresses, the residual wall thickness is required. The remaining thickness is only true to the point of time when the pipe was inspected. To project the wall thickness reduction due to corrosion, the two-phase empirical corrosion model developed by Rajani et al. (2000) is used to predict pit depth increase with time.

There are other available internal and/or external pit depth corrosion models based on empirical relationships and/or based on Weibull engineering statistics. However, since we are using the fracture mechanics equation developed by B. Rajani, Rajani’s corrosion model was considered for this article.

Although the reduction in CI strength as a result of corrosion was analyzed by using fracture mechanics, pit CI pipes have a wide variation in behaviour across identical pipes. Tests conducted by Rajani showed that the fracture toughness of Pit CI varies between 5.7 and 13.7 Mpa√m. Given the material variability, in addition to changes in the local environment that influence corrosion rates, the predicted economic lifetime equation will exhibit uncertainty. A relatively straightforward technique is to use Monte Carlo Simulation (MCS) in conjunction with the physical failure criterion for pit CI pipes described above.

In the Municipality of Thames Centre, Ontario, an acoustic-based inspection tool, ePulse by Echologics, a Mueller brand, was used to assess existing pit cast iron pipe, 150 mm in diameter and 131 m in length. The pipe was constructed in 1956. The acoustic tool can assess ferrous pipe segments (i.e., using existing appurtenances such as fire hydrants and/or valves) using an induced noise. The inspection tool provided a calculated minimum average remaining wall thickness of 7.3 mm, which was a 25% wall loss from the pipe’s original thickness of 9.7 mm. 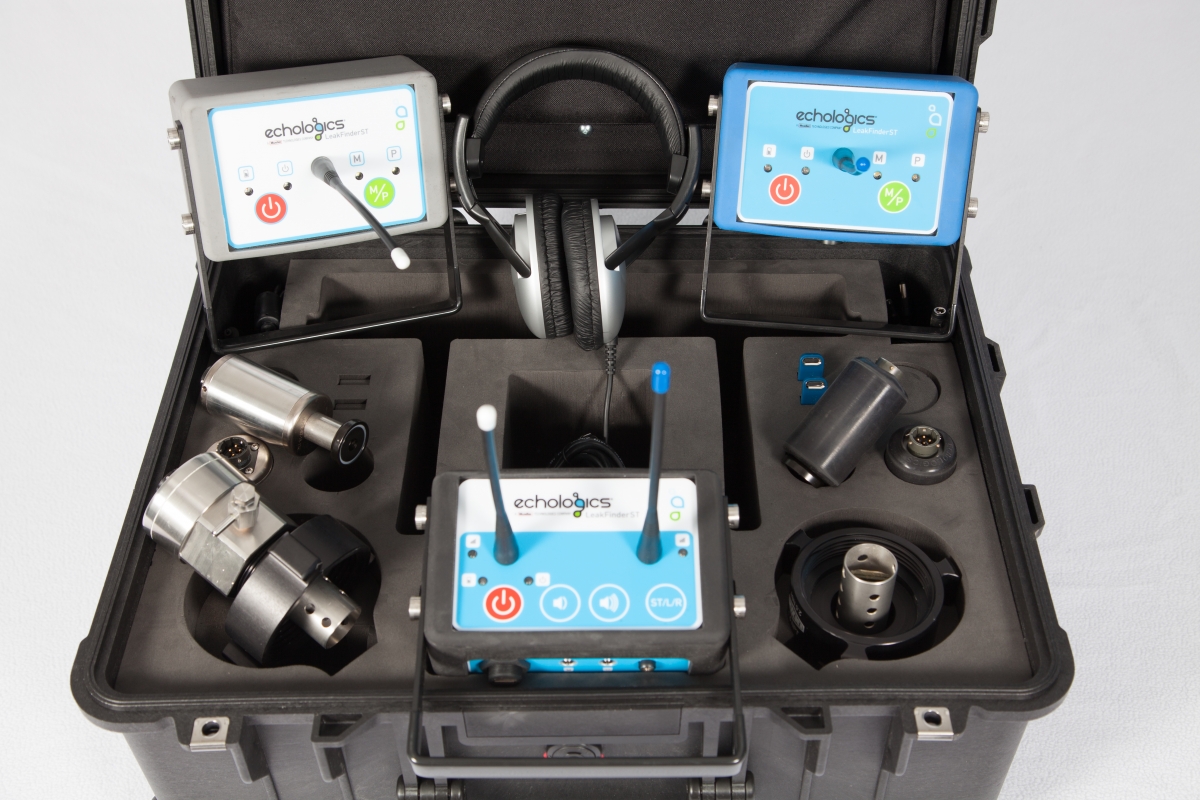 To calculate the hoop stresses developed on the pipe, Ahammed and Melchers (1994) approach to calculate vertical loads (live and dead load) was used in the calculation of the circumferential (hoop) stress, in addition to Rajani et al. (2000) approach to calculate internal pressure and frost loads. Given that no geotechnical information and pipe installation methods were available, some practical assumptions and values were considered.

Once the condition state was established at the time of inspection (2018), an MCS was utilized to run 5,000 samples to address uncertainties in the pipe residual strength calculation for each future year, in combination with the predicted future wall loss based on the best-fit 2-phase pit depth model.

The remaining economic life was determined to be 30 years (2048) and the remaining service life was 39 years (2057), corresponding to the cumulative probability of 90%. This assumes no environmental changes occur during the pipe lifespan that could impact corrosion rates and/or cycling loads acting on the pipe.

Providing reliable infrastructure is a paramount objective for any municipality. Responding to aging infrastructure is costly, especially when pre-planning was not performed. To properly plan renewal programs, a variety of field-based condition assessment tools, utilized in conjunction with engineering statistical methods, can allow pipe owners to understand their CI pipe inventory’s remaining economic life and allocate budgets for renewal programs that may include local repairs, replacement or rehabilitation.

An approach to distinguish between the remaining service life and the remaining economic life was developed. This approach aligns with asset value depreciation with time, as an asset may lose its economic value, but may still operate below its strength capacity.

The pipe age at its end of economic life is estimated at 92 years, when the pipe will lose its ability to resist the pressure rating of 350 psi. However, the pipe may continue to function at a working pressure plus surge allowance for a total combined pressure of 150 psi, with failure estimated at 101 years. Given the pipe’s current condition, this pipe was not recommended to be included in the 10-year capital renewal plan.