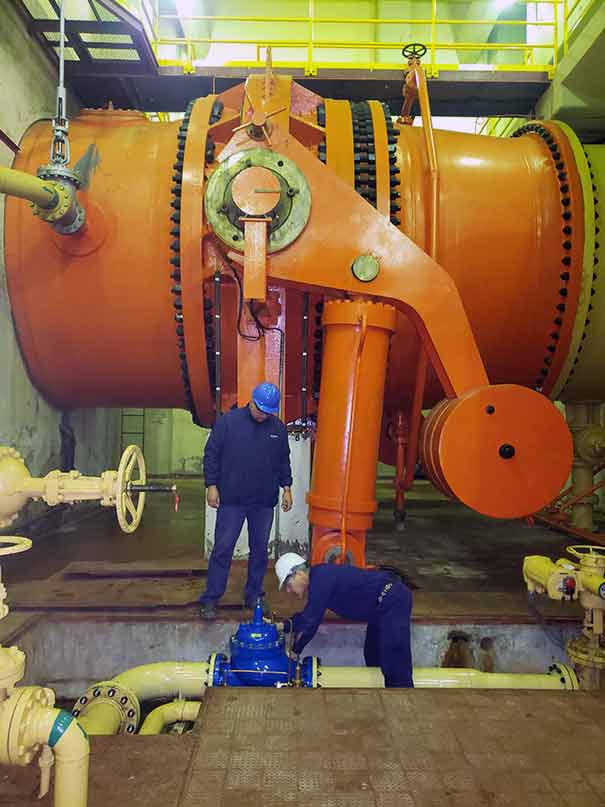 Hydropower, next to thermal generation, plays an important role in Argentina’s energy mix. Responsible for around 36% of the country’s electricity, with a capacity of 10.1 Gigawatts (GW), hydropower is used for industrial facilities and private households. Futaleufú, one of Argentina’s hydropower plants in the south of the country, was faced with repowering generators that gave rise to changes in water pressure, which affected the valves used to cool those generators—a vital function.

Built between 1971 and 1976, the Futaleufú hydropower plant produces 472 Megawatts (MW), from its three verticalaxis 157-MW Francis turbines. They are subsequently used to power four 118-MW generators. The electricity—on average around 2,900 Gigawatt hours (GWh) per year—primarily powers the Aluar aluminum plant in the nearby city of Puerto Madryn, Argentina, and any excess power is fed into the grid for public use.

The initial issue started with the old pressure regulating valves that fed the turbines. The valves made a lot of noise caused by cavitation, and it got to the point where the plant decided to uninstall them and look for an alternative. In 1980, the old valves were replaced by multi-stage valves. These valves are nothing more than a pipe with four plates of two holes installed in series. This was done in such a way that they produced the necessary pressure drop (with trial and error) from 15 kilograms per sq cm (213 psi) to around 3 kilograms per sq cm (43 psi). This resulted in a cavitation factor  σ of 0.33, which means severe cavitation.

This valve feeds all the cooling systems, including generator radiators, four-bearing exchangers, carbon gaskets and packing glands that work with the minimum pressure necessary. “Approximately two years ago, we started repowering of the generators, which made more cooling necessary in the radiators,” said Santiago Llansa, engineer and head of maintenance for Hidroeléctrica Futaleufú. “Downstream from the radiator cooling circuit, we have a valve with which we regulate the flow through the radiators. As this flow increased, the pressure of the entire circuit dropped, which made it necessary to move the two-hole plates in such a way so that the pressure drop is lower.

“To give you an idea, the stroke of the valve has 20 turns for its total opening, and  if we only turn a quarter of a turn of the stroke, the group of the cooling system will shut off due to mechanical failure caused by low pressure in the carbon board.” 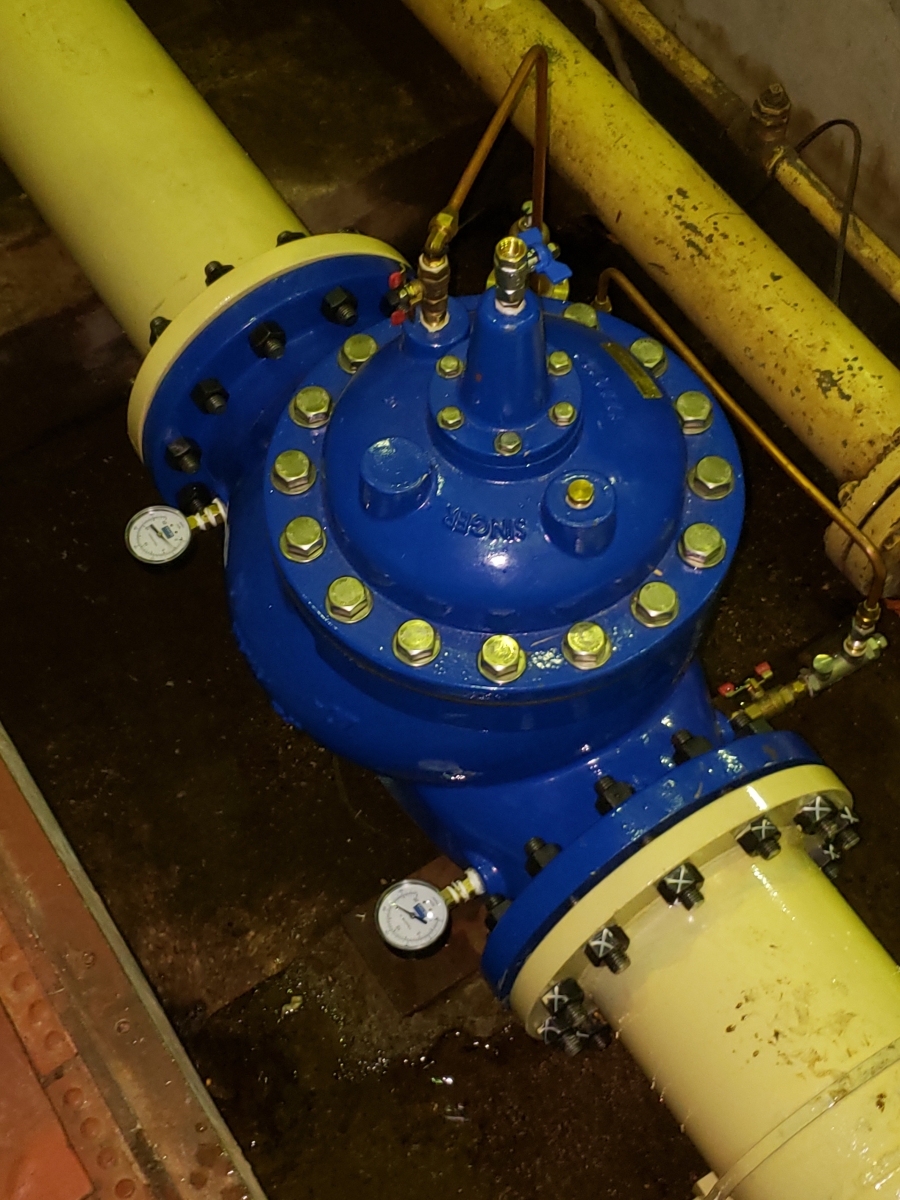 To remain operational, the waterbearings—critical components of a hydropower plant—have to be shielded against a hydrodynamic effect known as cavitation. Cavitation is a phenomenon that occurs due to rapid and significant pressure drops and fluid velocity increases. If not controlled, the generated shock bubbles can damage or destroy components by erosion, such as internal valves that produce noise and vibration, and can significantly restrict flow.

Hidroeléctrica Futaleufú, S.A sought counsel from a multi-company collaboration spearheaded by Klinger Argentina and Mueller Water Products to ensure renewable energy would keep flowing in the region of Chubut. Over the years, many Singer valves proved to be the most flexible for solving pressure and flow challenges in many South American hydroelectric power plants. The challenge for this project was determining what valve would prove to be both durable and reliable with regard to the specific flow and pressure conditions found at the power plant.

“As a leader in the field of sealing technology, we are fully committed to plant safety and reliability by providing our customers with solutions that best fit their individual needs,” said Cristian Gonzalez, sales manager of Klinger Argentina. “In this specific case, we opted for Singer pressure reducing control valves, a Mueller brand.”

What set this valve apart was the single rolling diaphragm (SRD) technology for smooth, steady and precise pressure control from maximum to virtually zero flow. The effective area of a single rolling diaphragm remains constant so the bonnet is smaller and lighter than a flat diaphragm. A measured quantity into the bonnet control chamber always gives the same smooth movement of the inner valve through the entire stroke. A smaller bonnet also makes the valve lighter and safer for maintenance, while the smaller control chamber enables it to respond faster to changing pressures. By eliminating the seat chatter at low flows, the SRD avoids injecting small pressure pulses into the piping, which may increase leakage, losses or pipe bursts over time.

The installation of the required four valves with one kept in reserve took place from April to May in 2019. “Upon completion of installation, we opened the radiator outlet valve and the pressure dropped only 100 grams per sq cm, which totally exceeded our expectations, and it did not make any noise,” Llansa said. “These new valves were flowing at 12,000 liters per minute, and we had the radiator’s outlet open only six laps, and we imagined that by opening two more laps we would exceed 12,000 liters per minute and the pressure was going to fall. But this never happened, and we were able to fully open the valve.”

Following the completion of the task, the plant operators can now focus on its core business—the provision of electricity—without worrying about potential damage to the critical components of the plant or blackouts resulting thereafter. This has become a crucial factor as facility owners currently are planning to replace the 118-MW generators with 140 MW variants.

“Being willing and able to collaborate across both intracompany and intercompany borders is what ultimately led to the success of this project,” Gonzalez said. ”Working together, we managed to ensure that a vital part of Chubut’s industry can remain operational and that households in the region can continue to be supplied with excess electricity. This is what we set out to do and what we travelled more than 1,900 kilometers to achieve. Speaking for both my colleagues and myself, I’d say the result, together with the feedback we have received from our customer, was well worth the effort.” 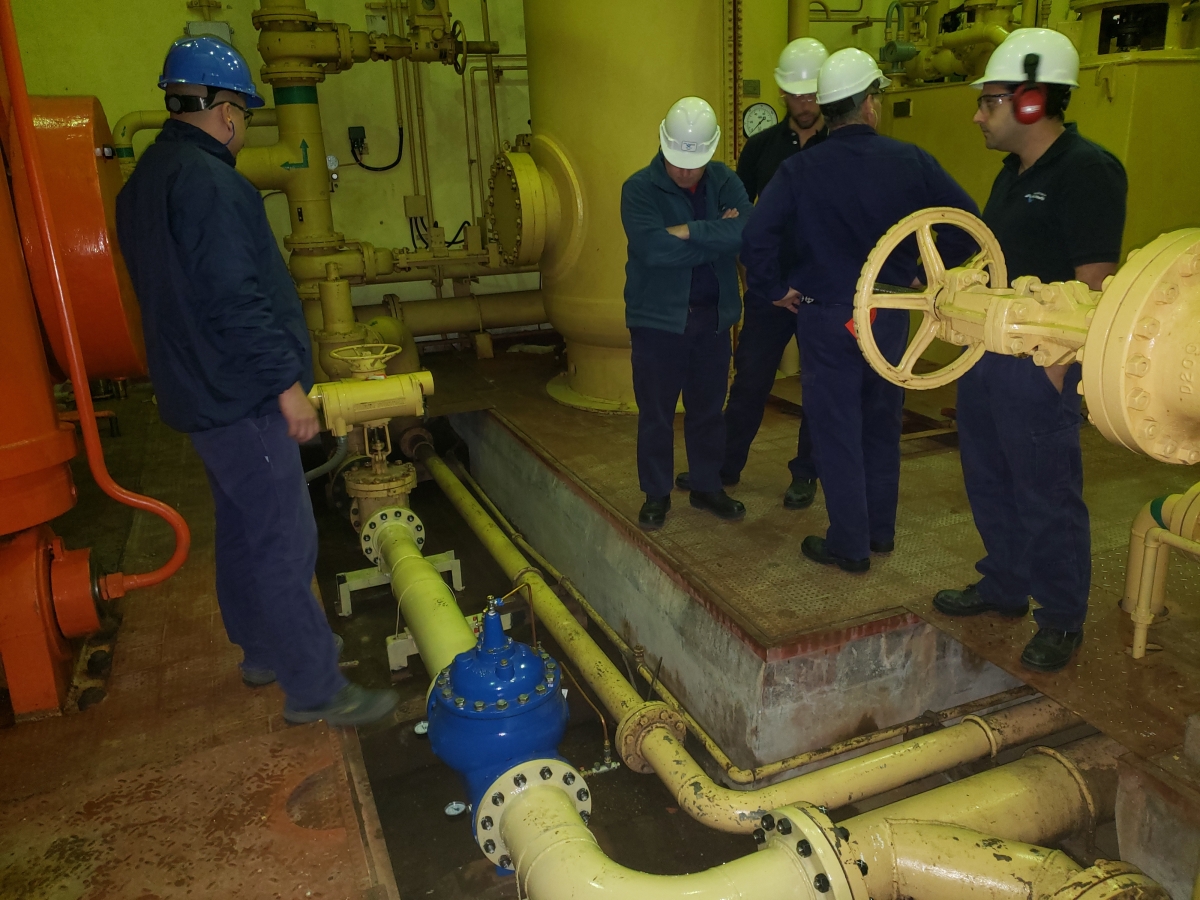 Valves with a single rolling diaphragm were chosen for the power plant, as they provided precise pressure management to avoid potential cavitation of the facility's pipes